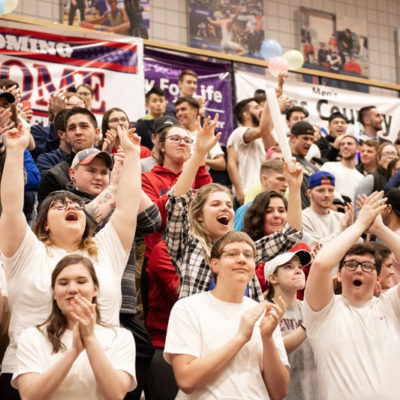 The student section is filled with cheering Newman students at the homecoming basketball game.

But the school spirit didn’t stop at the games. Excitement carried over into halftime of the men’s game for the coronation of the Homecoming king and queen.

Seniors Quincy Plank and Paul Rupnik were crowned this year’s queen and king.