Artifact: Something characteristic of or resulting from a particular human institution, period, trend, or individual.
– Merriam-Webster Dictionary

‘To live is to change, and to be perfect is to have changed often.’
– Blessed John Henry Cardinal Newman

Over the decades, the institution now known as Newman University has, if not yet become perfect, certainly changed often.

Founded as Sacred Heart Junior College in 1933 to provide the means for women religious to gain teaching credentials, it endured the ravages of the Great Depression and trained nurses to meet the needs of the armed forces during World War II. As Sacred Heart College, it opened it doors to male students, adapted to the cultural revolutions of the 1960s and ‘70s, built new education facilities and student residences, and created a flexible and more liberal curriculum. As Kansas Newman College, it faced and overcame financial challenges, introduced a number of health care and science programs, and strengthened core curriculum and graduation requirements. And as Newman University, it has revitalized the campus with several new facilities, and flourished from the explosion of technology and access to information of the first decades of the 21st century.

Through it all, it has created and accumulated a wealth of artifacts – books, athletic equipment, scientific collections and apparatus, festival keepsakes, certificates, signs and more – that collectively make up the fabric, culture and heritage of this university.

Here are just a few of those artifacts that reflect the times gone by, the periods and individuals, and other symbols of what we cherish about this particular human institution. Clearly, a dozen or so assorted relics cannot provide the complete picture. But perhaps they can offer a glimpse of the people and events, the ordinary and the unique, the common and the sacred, and the many changes that characterize Sacred Heart Junior College, Sacred Heart College, Kansas Newman College and Newman University. This cape was worn by the late Sheryl Baker, a former Newman Board of Trustees member, when she was a student at the St. Francis Hospital School of Nursing. The St. Francis program came to Newman in 1979 when nursing schools nationwide moved from a hospital-based diploma system to a college-based degree system. Baker, who later attended Sacred Heart College, donated the cape to Newman President Noreen M. Carrocci, Ph.D., shortly before she died in 2014. This 1-foot tall metal D is the first letter of “De Mattias Hall,” which adorned the original building for fine arts and physical education from its dedication in 1951 to its demolition in the late 1990s. .Student-produced newspapers have changed significantly over the years, from The College News, a mimeographed weekly that began in 1954, to The Pacemaker, first published in 1961, to The Vantage, started in 1968. The first Renaissance Faire was produced by students in 1975, as the outcome of a challenge course offered in the 1974-75 academic year. The second Ren Faire was staged in 1979 and became an annual event until 2003. 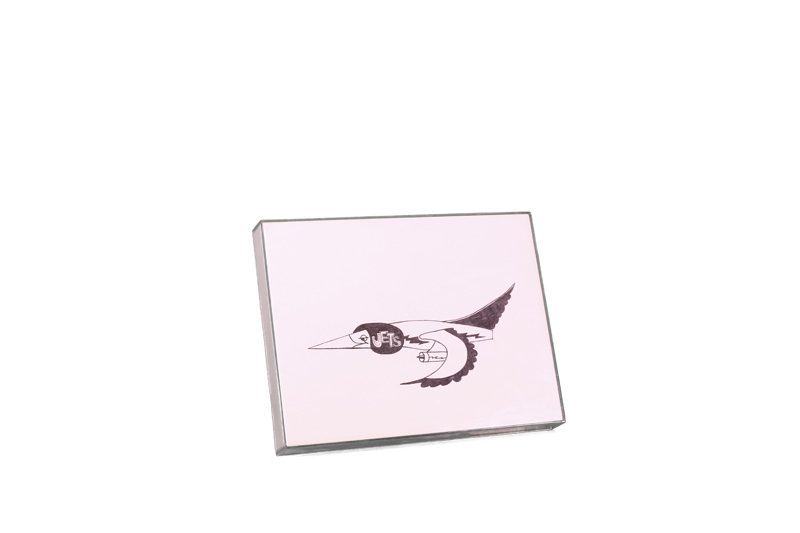 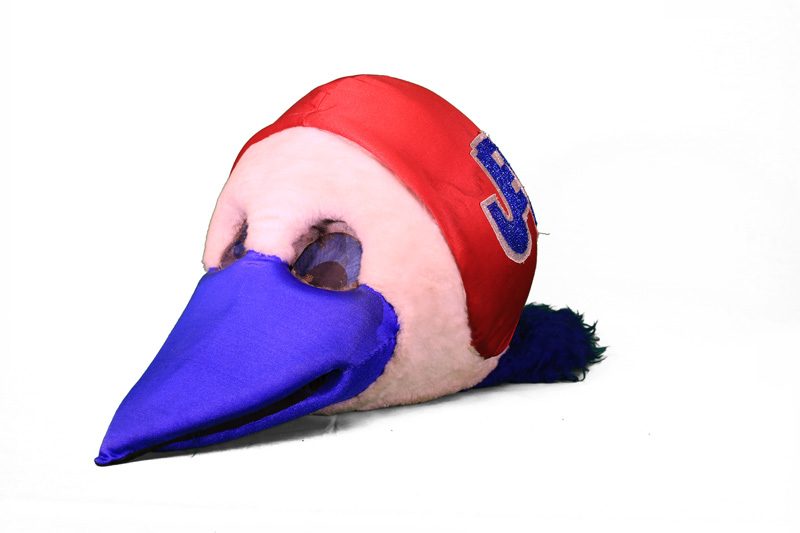 The name “Jets” was first used for athletic teams in the late 1960s. Jetbird became the official school mascot shortly thereafter, followed by the mascot costume, which included this oversized head and a bird-like body suit. The original Jetbird design was done by Wichita artist Blackbear Bosin, designer of the Keeper of the Plains. The Sodality of the Blessed Virgin Mary formed in 1933 and was one of the most important clubs in the college through the late 1950s. Designed to further students’ spiritual development and promote the practice of Catholic Action for social justice, the club’s substantial membership was one reason the college hosted a large Catholic conference and a lecture by Dorothy Day. The club continued until the late 1960s. Some membership cards shown here are signed by the college’s first president, Monsignor Leon A. McNeill.