Kathleen S. Jagger, Ph.D., MPH, was appointed the 12th president of Newman University in July 2020. She was selected after a nine-month public search process, replacing Noreen M. Carrocci, Ph.D., who retired in December 2019 after more than 12 years leading the university.

Jagger is the university’s second laywoman to serve as president in its 86-year history. With strong faith, extensive higher education and leadership experience, she is uniquely qualified to lead Wichita’s Catholic university.

She earned her Ph.D. in microbiology from the University of Cincinnati College of Medicine. She also has a master’s degree in public health from the Harvard School of Public Health in Boston.

Jagger earned a B.A. in zoology from DePauw University in Greencastle, Indiana, where she taught for 19 years and served as professor of microbiology and public health from 1996-2002. After her time at DePauw, Jagger became a professor of biology and served in numerous administrative and leadership roles at Transylvania University in Lexington, Kentucky, for 13 years.

She most recently served as acting president at Thomas More University in Crestview Hills, Kentucky, where she also held vice president and dean positions and led the school’s transition from a college to a university. Additionally, Jagger established the school’s Institute for Ethical Leadership and Interdisciplinary Studies.

While acknowledging the many challenges currently facing small colleges, Jagger said she feels called to this presidency.

“It is indeed an honor and a privilege to be chosen to lead Newman University as its next president,” said Jagger. “Today, the challenges for university presidents are unprecedented but so are the opportunities.

“Succeeding in this environment requires a creative, flexible, fearless and humble leader who is student-centered and committed to a vision that cultivates a values-based community of scholars that will lead to a better tomorrow for both students and the societies in which we live.”

A liberal arts education is built into Newman University’s core curriculum, offering a well-rounded educational experience to its students. Jagger is excited to continue seeing the creation of relevant programming for students, combining the strengths of faculty and current programming to energize and prepare students to transform society.

She is also excited about the fine arts program at Newman. She has seen many students find their way into the performance or visual arts world because of just one required class. Oftentimes, this can lead a student to discover a new passion, finding a hidden talent they may not have known existed within them.

Jagger has spent her first months at Newman listening. Surveys have been sent out to students, alumni, staff and faculty. She has also started a weekly chat opportunity, reserving two separate times for meet and greet drop-ins for both students and faculty and staff.

While all voices are important, she especially hones in on the students’ perspectives. She wants to help the students build high confidence levels, which can begin with simply listening.

“The first step in empowering students is teaching them to believe in themselves and the power that they have,” explained Jagger. “To teach them to recognize … they have the power to transform. Seeing that power in themselves, seeing the source of that power being, … their God-given talents. (Those talents) were given to them to create a bigger return on investment than merely in themselves.”

The collegiate experience doesn’t stop with academics, however. Jagger strives to support student-athletes and an environment that provides positive, energetic competition. She said it’s all about college communities coming together and experiencing and celebrating something fun and exciting.

She also understands the importance of athletics when it comes to attracting potential students and views the coaches as an extension of the admissions team. She feels athletics is an important part of every person’s life; teaching discipline, team building, communication skills and evaluating a wellness mindset.

Jagger is a self-proclaimed “cradle Catholic,” raised in a Catholic home and taught by Sisters of Providence. She said being at a Catholic university means embedding Catholic identity into the curriculum and common practices.

The fact that Newman University is a Catholic university was one feature that drew her to this presidency.

Going through the interview process, Jagger became certain Newman was a perfect fit and where she was meant to be. Its mission, core values and the Newman Code hold the same values and beliefs she lives by.

“To empower students to transform society is an action-oriented objective that requires we educate students, expand their frames of reference, introduce them to some of the great thinkers of all time, teach them valuable critical thinking, speaking and writing skills but also inculcate in them the responsibility that comes with that education to change the world through a lens of critical consciousness that hungers for peace and justice.

“There is no better education for these times than a Catholic, values-based, liberal arts education.”

Jagger has also focused on connecting with the Newman community, including connecting with the sisters of the Adorers of the Blood of Christ, founding order and sponsors of Newman. She looks forward to working “alongside such creative, committed and faith-filled women,” learning from them and visualizing a future for Newman while meeting current challenges.

Her faith also plays a large role in her commitment to on diversity, equity and inclusion. The Newman Code calls the community to respect the dignity of every person and strive to embrace all humanity.

“If we truly believe in our Catholic calling to look for the face of God in every human being, we must take a serious look at the diversity and inclusion on our campus,” Jagger stated.

Using Christ’s example of ministering to the marginalized, undervalued and unrecognized, Jagger asks of the Newman community, “How can we … build a community which universally welcomes all people, which authentically shows concern for all of our students?”

She believes practicing humility and self-criticism is an effective way to serve the coming generations of college students. Her goal is to embrace diversity for all that it is: socioeconomic, cultural, ethnic, gender, religious, geographic.

“Diversity, quite simply, is celebrating the value of difference. It’s bringing people in because they, by virtue of something that’s different from other students at Newman University, will enrich the community,” she said. “It is bringing in a wide range of experience because that is beneficial for students. It’s beneficial for the college to avoid a kind of homogeneity where everyone is reinforcing their own experience rather than learning about difference.”

“I see us as guardians of the future,” said Jagger. “In some way … to continue to offer an education that will address the current needs and the needs in the next 10 years.”

Those needs are met through partnerships within the community — something Newman faculty and staff have worked aggressively on throughout the years.

Currently, many students on scholarship are required to complete a minimum number of community service hours, which helps them not only network in the community, but also helps them to learn new skills and overall be a positive light to other community members and organizations.

Jagger would like to see a future with 100% of Newman graduates leaving their higher education experience with service hours or other community engagement under their belt, even having it built into their graduation requirements.

“A culture of service is an important piece of the puzzle when educating future leaders of America,” said Jagger. “What we want to do here is help students imagine the possibilities and then help them make those possibilities come true.”

She added that partnering with community businesses, hospitals, leaders and more help cultivate mentorships, internships and job placements upon graduation.

Those partnerships include communities outside of Wichita, Kansas. Newman University has many outreach locations with programs offered in western Kansas, southeastern Kansas, Colorado and Oklahoma.

Remote locations are a service and strategic advantage, she said, finding ways to partner with other communities and even other states to address the educational needs in those areas. This also helps Newman grow its student population while introducing the university and its mission to those communities.

“Fundraising is one of the most important ways to keep the university going. And that starts by establishing close relationships with people,” said Jagger.

She earned a certificate in fundraising management from Indiana University Lilly Family School of Philanthropy during her year as acting president at Thomas More, for which she completed courses focused on major gifts, annual sustainability, planned giving and capital campaign management.

Her practical fundraising experience stems from her time at DePauw University, Transylvania University and Thomas More University. Yet her knowledge extends beyond the nonprofit world due to her service in the development office at ProMedica Health, resulting in understanding a variety of approaches to philanthropy.

Jagger is enthusiastic about joining the Newman community and optimistic about the future; ready to “make a great university even better.”

“I feel totally blessed to be with staff and faculty, who are the heart and soul of Newman University, taking after the model of selfless service the Adorers established some 87 years ago. It is among the devoted faculty, staff and sisters where this institution comes to life,” Jagger said.

Service and Catholic faith made Newman a top choice for her and she is looking forward to doing her part in making Newman the Catholic college choice for degree-seeking students throughout Kansas and beyond.

In a recent address to the staff and faculty of Newman, Jagger said, “It is a new day, it’s a new year, let’s begin the transformation right here at Newman University.” 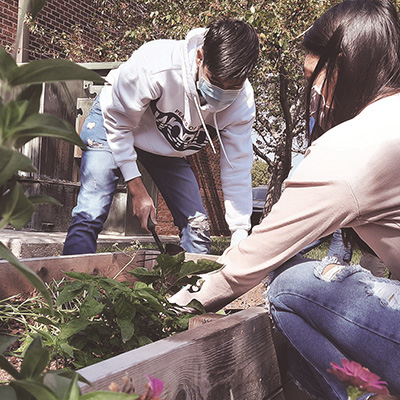 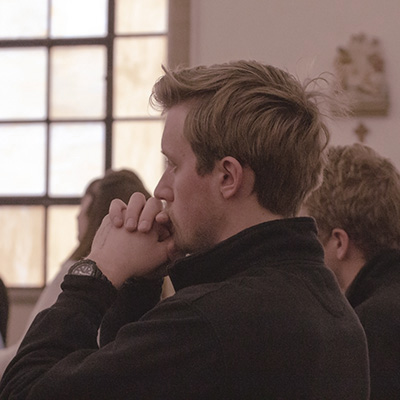 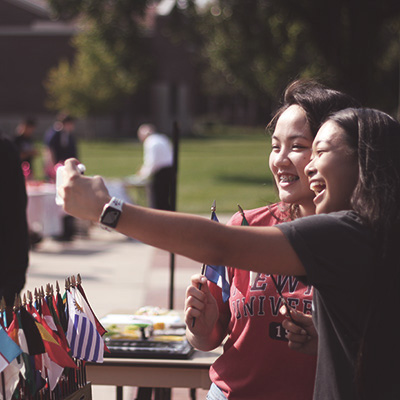 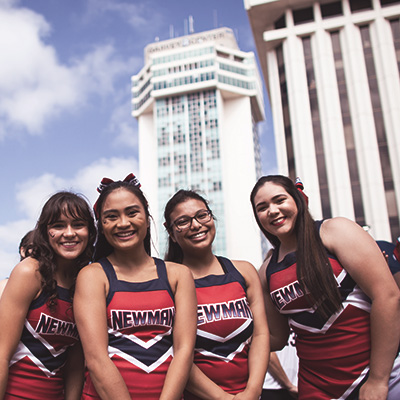 Delivering online learning in a pandemic