The Newman University Archives recently received more documents and genealogical information about Monsignor Leon McNeill and his family – thanks to two relatives who read about the university’s first president in the pages of this magazine.

Bonnie Hiller, a distant cousin of McNeill’s, contacted Newman Director of Mission Effectiveness and Archives Charlotte Rohrbach, ASC after reading about McNeill in the Fall 2013 edition of Newman University Magazine. McNeill has also been the subject of the 2013-2014 “Mission Talks,” a series of presentations covering various aspects of McNeill’s life, given by Rohrbach and Joyce Sullentrop, who wrote the articles about McNeill and is helping to archive McNeill’s papers. Hiller asked Rohrbach if she had any extended information about McNeill’s family, and said she had memorabilia of McNeill’s to share.

Rohrbach and Suellentrop visited Hiller’s home to go over the documents and information she owned. Rohrbach said the information they obtained was a great addition to the Archives.

Hiller said she is excited that the university is paying special attention to her relative, and that she has discovered new relatives since the first article was written. “I’m really happy to know all these things,” she said. “I’ve sent that magazine to everybody.”

Most of the documents and photos Archives recently received came from another distant cousin of McNeill’s, Larry Bradfield, who met McNeill only once in 1957 at Bradfield’s grandmother’s funeral. Bradfield estimated that he sent 30 copies of letters and genealogical documents of McNeill’s family, along with photos.

“I remember how often my family would say, ‘If it weren’t for that stroke he had in 1945, he would have been the next bishop,’” Bradfield said. “I heard those words all the time.”

Bradfield and Hiller talk on the phone often, reminiscing and sharing stories about McNeill’s family. They both expressed gratitude that the university has been hosting talks about McNeill. 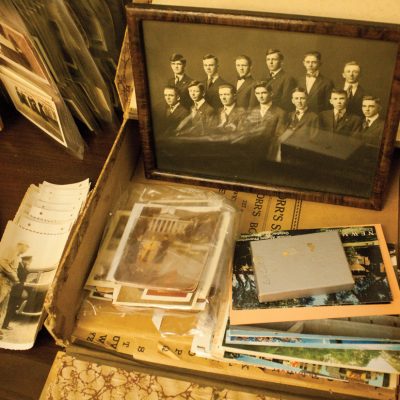 These and other of McNeill’s family photos are in the Newman University Archives. 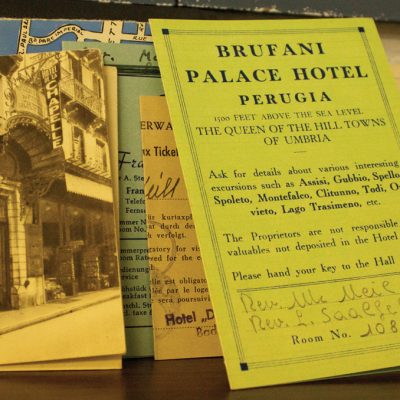 A hotel reservation card from one of McNeill’s many trips overseas. 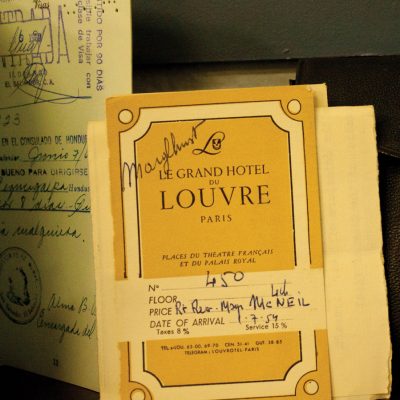 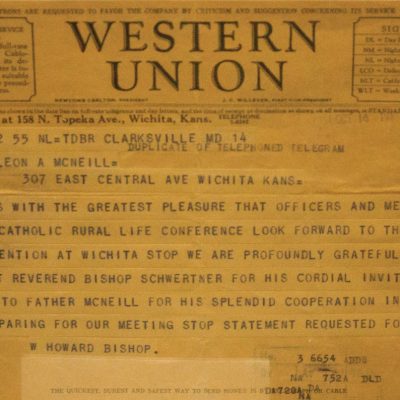 In this telegram from 1931, the National Catholic Rural Life Conference thanks McNeill for hosting its annual conference in Wichita. 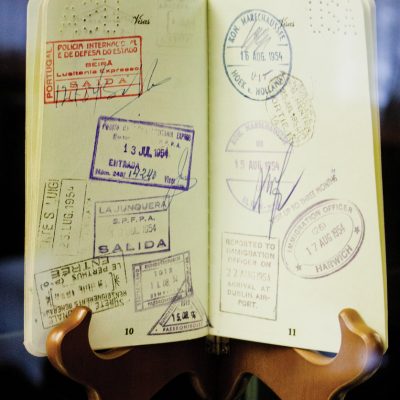 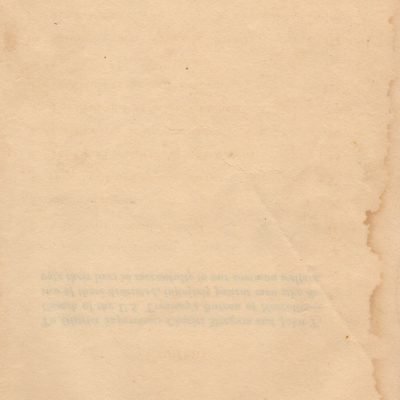