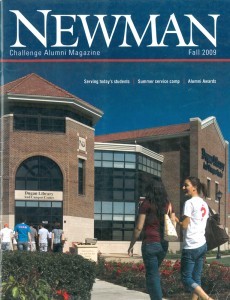 College students have always come from a variety of backgrounds, with an assortment of reasons why they chose a particular institution and disparate aspirations and goals for their future. That’s never been more true than today, as the needs, desires and diversity of students change more rapidly than ever before.

This summer five Newman students learned about the elegance and breadth of what was the Austro-Hungarian Empire, as well as the oppression and horror of former Nazi and communist regimes, as participants in "Europe by Rail," a three-week tour of western and eastern Europe led by Associate Professor of History Kelly McFall, Ph.D.

It isn’t every day you have an opportunity to help the Dalai Lama, not to mention thousands of Tibetan children living as refugees in India.

What do you say when a student calls from the delivery room, where his wife is in labor, and wants you to put him on speakerphone so he can participate in class?

Newman University has been named to the President's Higher Education Community Service Honor Roll for its exemplary service and service efforts to America's communities. 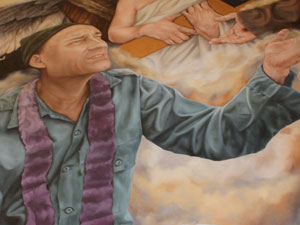 A 12-foot by 4 ½-foot mural of Father Emil Kapaun was unveiled Aug. 5 in St. John’s Chapel at a special ceremony with the artist and Bishop Michael Jackels.

Newman graduates are accepted into medical schools at impressive rate

Over the past 10 years, 96 percent of Newman graduates who successfully completed the university’s pre-med program and received a positive recommendation from Newman’s Pre-medical Committee have been accepted into medical schools.

Fran and Geri Jabara and Monsignor William Carr will be awarded a Doctor of Humane Letters during the Fall 2009 Commencement ceremony.